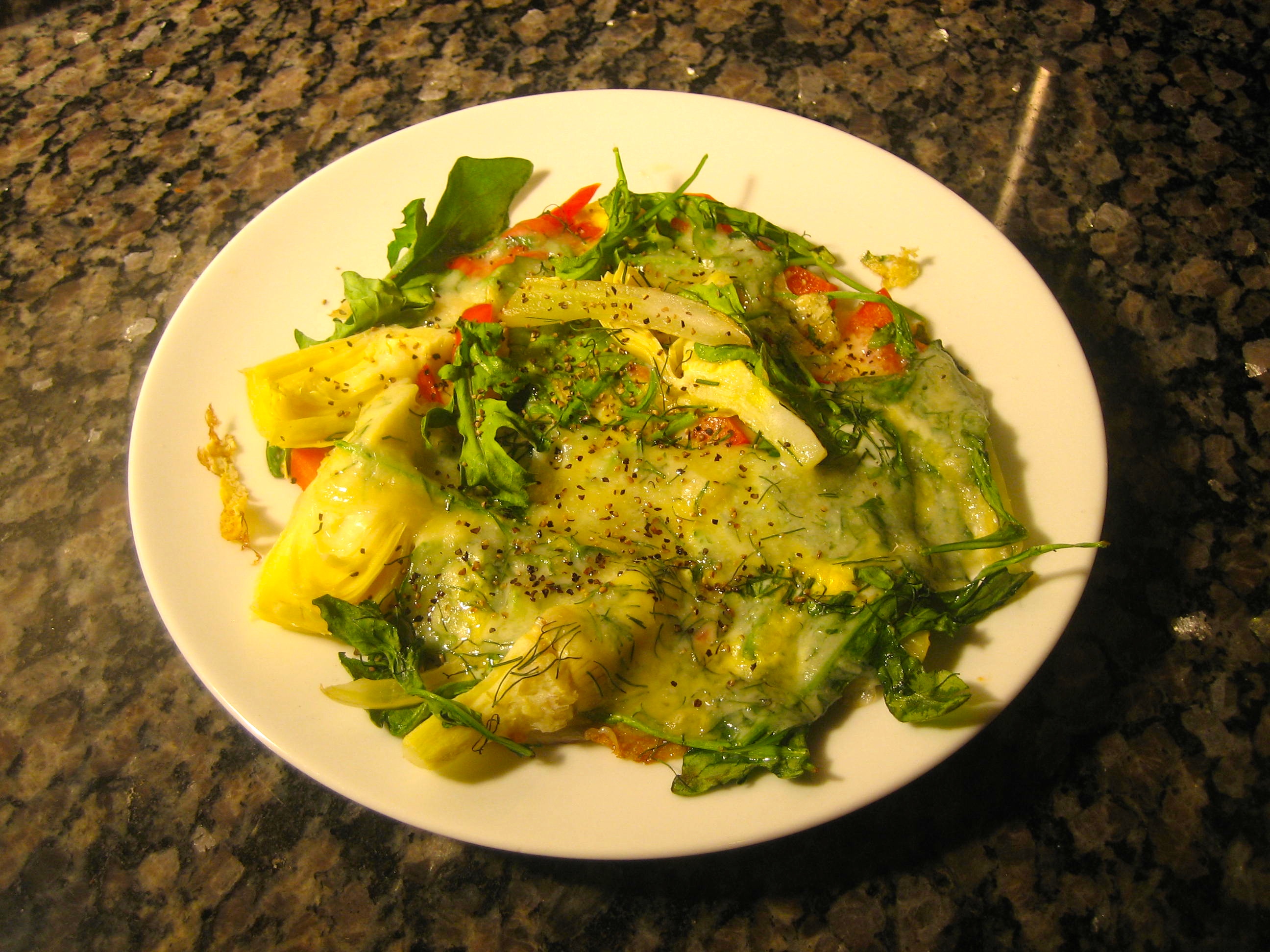 Frittata--Italian Omelette. Instead of folding the egg around the filling, mix it all up, like a quiche without crust.
This might be the yummiest frittata ever. But if you don’t like Arugula, or Fennel, or Red Pepper, or Swiss Cheese, just substitute ingredients you do like. Anything in your fridge that’s edible, will do.


Here’s the technique for making a frittata– repurposed from when I was just beginning to blog and had exactly zero readers. I’m saying this isn’t actually a repost, because the first post didn’t count. (If a blogpost falls into cyberspace and no one reads it, is it still a post? Answer: NO!):
How to Make a Clean-out-the-Fridge Frittata (from April, 2012)

I embellish almost every plate with a couple slices of raw veggies, and in this case, also some multi-grain toast.
Other leftover combinations to try:

Or, if you’re not in the mood to cook, and especially if your leftovers came from tacos, make a salad. The important thing is, clean up the leftovers:


What’s your favorite combination of leftovers?